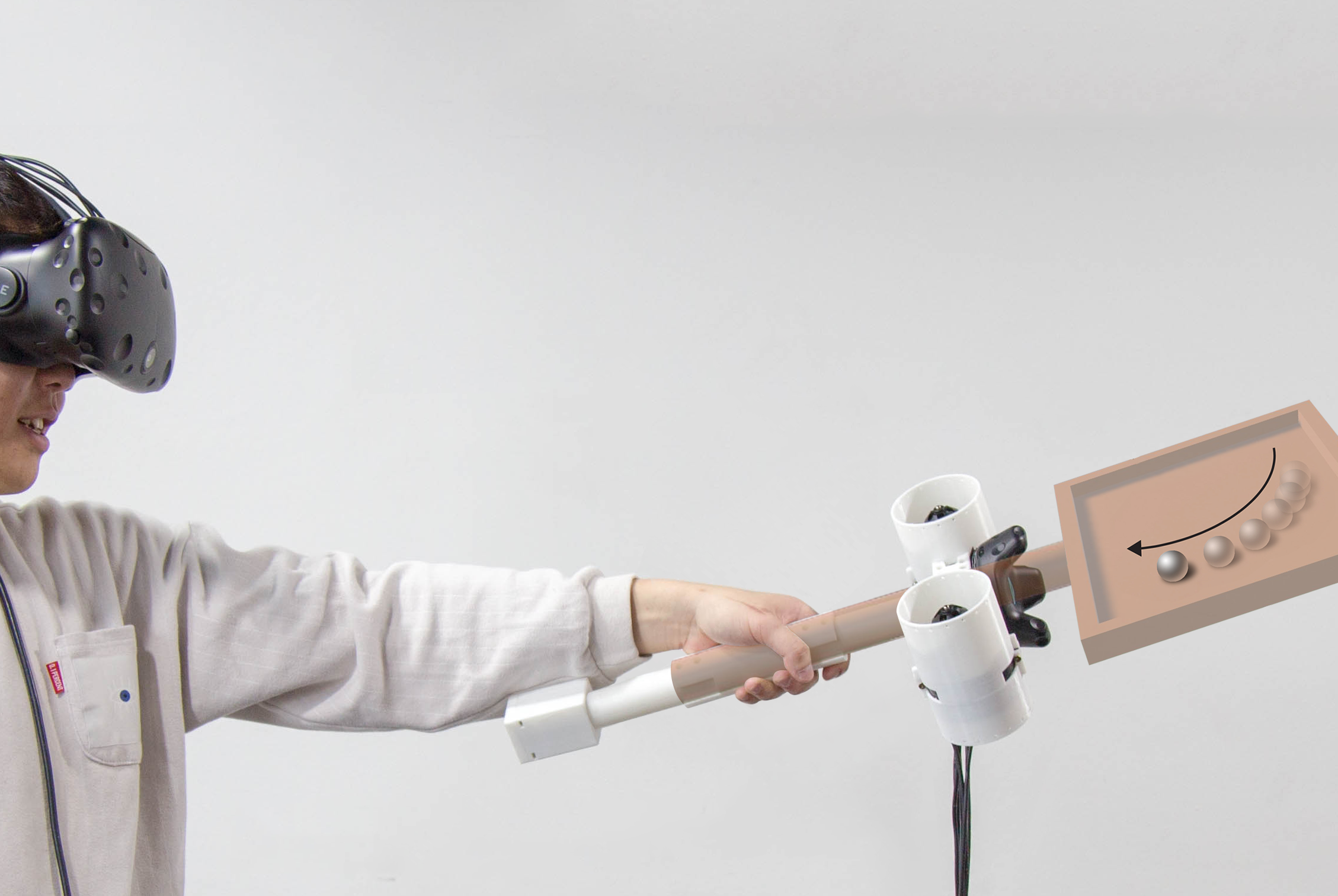 Force feedback is said to be the next frontier in virtual reality (VR). Recently, with consumers pushing forward with untethered VR, researchers turned away from solutions based on bulky hardware (e.g., exoskeletons and robotic arms) and started exploring smaller portable or wearable devices. However, when it comes to rendering inertial forces, such as when moving a heavy object around or when interacting with objects with unique mass properties, current ungrounded force feedback devices are unable to provide quick weight shifting sensations that can realistically simulate weight changes over 2D surfaces. In this paper we introduce Aero-plane, a force-feedback handheld controller based on two miniature jet propellers that can render shifting weights of up to 14 N within 0.3 seconds. Through two user studies we: (1) characterize the users' ability to perceive and correctly recognize different motion paths on a virtual plane while using our device; and, (2) tested the level of realism and immersion of the controller when used in two VR applications (a rolling ball on a plane, and using kitchen tools of different shapes and sizes). Lastly, we present a set of applications that further explore different usage cases and alternative form-factors for our device.